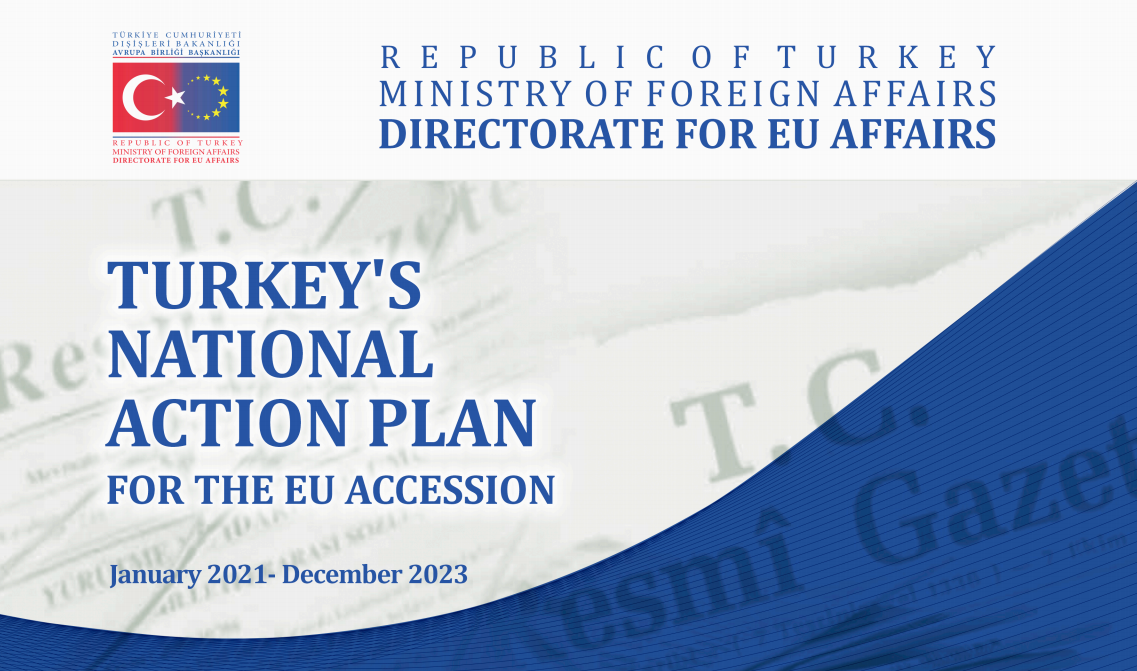 Turkey’s National Action Plan for the EU Accession (NAP) was updated to cover the years 2021-2023.

The NAP was prepared under the coordination of Directorate for EU Affairs with the contribution of all related public institutions. The NAP serves as a crucial roadmap for increasing Turkey’s EU acquis alignment, making further progress in all negotiation chapters, which will let swift opening of them when the political obstacles are lifted, as well as increasing our international competitiveness by raising the standards in all areas.

During the preparations of the NAP, different from the previous years, in addition to the relevant EU acquis Turkey’s other national plans and programmes such as the 11th Development Plan, the 180-day Action Plan of the Presidency of Turkey, and the Judicial Reform Strategy were also taken into consideration.