Provinces Preparing for the European Union

Provinces Preparing for the European Union Programme" was put into practice on 2nd February 2011 for the purpose of enhancing the technical and administrative capacities of the "EU Units of Governorships" by the Ministry for EU Affairs (MEUA) within the framework of the "Improving the Effectiveness of Governorships in the EU Accession Process Project" which is carried out for a year by MEUA in cooperation with the Ministry of the Interior.

Provinces Preparing for the European Union Programme"  was launched by 2011 as a multi-annual programme and aims at accelerating the "Improving the Effectiveness of Governorships in the EU Accession Process Project" and gradually supporting the "EU Units of Governorships" that are established in the governorships within the scope of the same project.

"Provinces Preparing for the European Union Programme" is financed through MEUA's own resources and is built on a model that is similar to the EU grant scheme programmes but more flexible methodology. The reason behind this is ensuring a learning process for the provinces about the use of the EU funds. The co-finance that is provided by the provinces is designed as a tool to raise awareness about making use of the EU projects and financial assistance.

The Programme which is intended to encompass all the provinces gradually in the upcoming years is also a concrete indicator of Turkey's commitment to EU Accession Process in financial terms.

Another goal of the projects that are supported within the scope of this programme is to spread enthusiasm and motivation about EU throughout the whole country and raise awareness about Turkey's EU Accession Process.

As a result of the technical and administrative evaluation of the 79 project proposals, 25 provinces are awarded financial assistance. The provinces and the names of the projects are listed below. 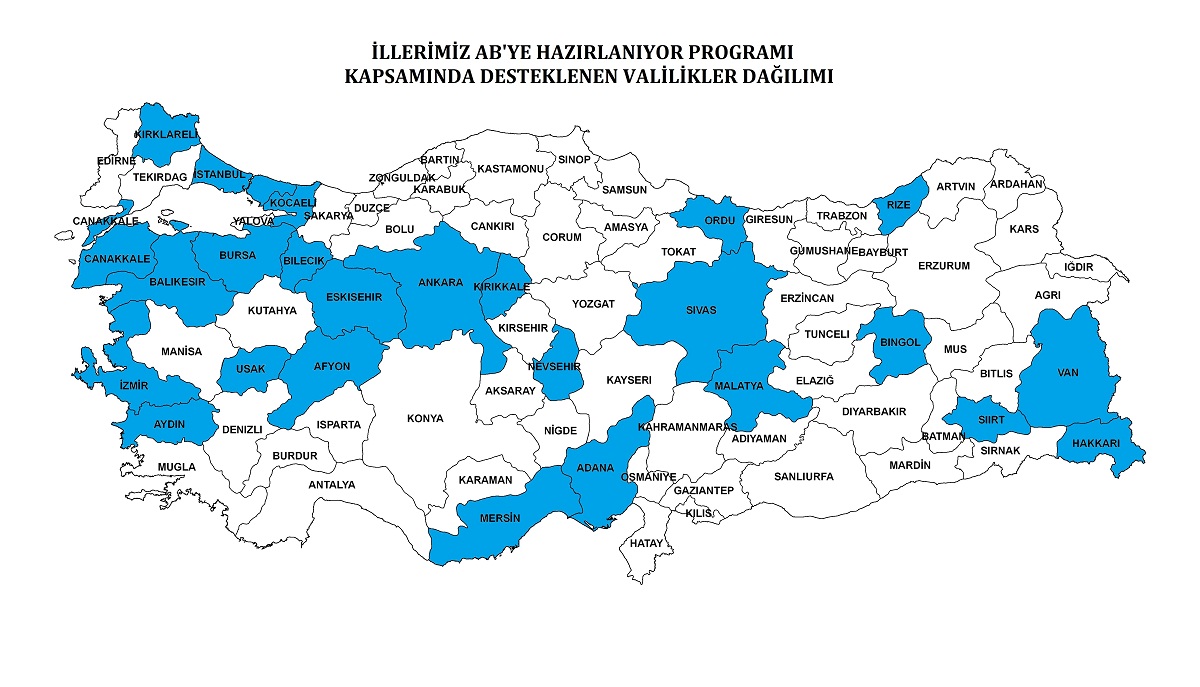