The Ministry for European Union Affairs will hold the seventh “Young Translators Contest” under the auspices of Ömer ÇELİK, Minister for EU Affairs and Chief Negotiator. The Contest aims to raise awareness regarding Turkey’s EU accession process and acquis translation among the students studying translation and interpretation in Turkish universities, as well as to contribute to the training in this field.

Students in their final year of study are eligible to participate in this Contest, which will be held on 18 February 2017 in Istanbul. The Contest will include the translation of an EU text from one of the three working languages of the European Union (English, French and German) into Turkish.

The winners of this Contest will be awarded with a certificate of success and will have the chance to visit the European Union institutions in Brussels. 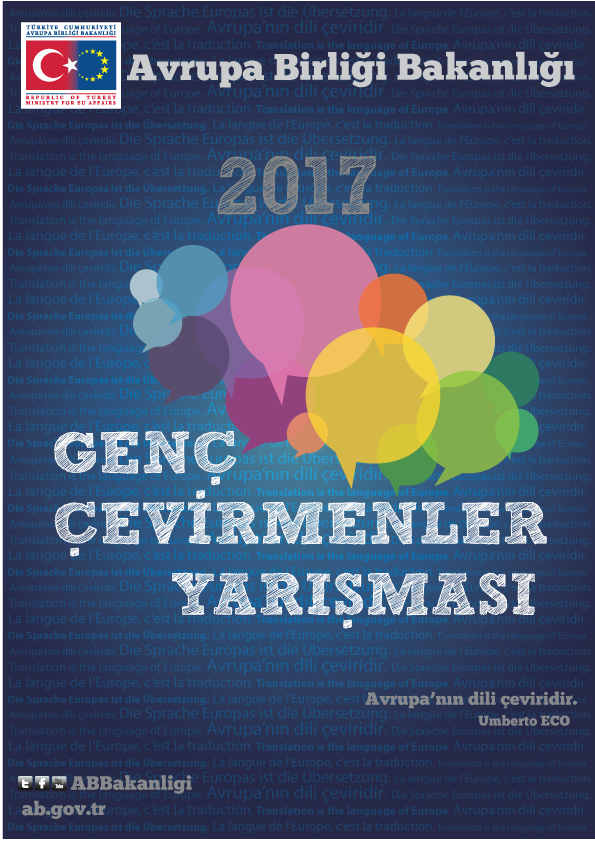