MEDIA / Press Release Regarding the Visit of H.E. Ambassador Faruk Kaymakcı, Deputy Minister of Foreign Affairs and Director for EU Affairs, to Bulgaria / Republic of Türkiye, Ministry of Foreign Affairs / Competition of Young Communicators on the EU Path

Competition of Young Communicators on the EU Path

COMPETITION OF YOUNG COMMUNICATORS ON THE EU PATH 2013

The award ceremony and the launch of The Competition of Young Communicators on the EU Path 2013, which is implemented by Ministry for EU Affairs was held in İstanbul, Sait Halim Paşa Hall with the participation of Minister for EU Affairs and Chief Negotiator H. E. Egemen Bağış, Governor of Istanbul Mr. Hüseyin Avni Mutlu, Consul Generals, academicians and members of the media on November 2, 2012.

The winners of the Competition were awarded by Minister for EU Affairs and Chief Negotiator H. E. Egemen Bağış.

Minister Bağış in his speech have told that in order to overcome the prejudices and the eclipse of mind in Europe, open, innovative, creative minds and communication skills of youngsters are significant. Bağış have underlined it is obvious that the young Turkish generation did not lose their EU dynamism, contrary to what is believed; they create a new synergy with their energy to our EU accession process.

The participants of the competition that organized for the second time in the 2011-2012 academic year have given the message “Europe will be incomplete without Türkiye” by their works.

45 different universities across Türkiye have participated to the competition which is implemented under the framework of Türkiye’s European Union Communication Strategy. Information meeting of the Competition towards the academicians was taken place before the award ceremony.

The Competition has reached thousands of students across Türkiye in order to benefit from youngsters’ communication skills for overcoming the prejudices in European and Turkish public. 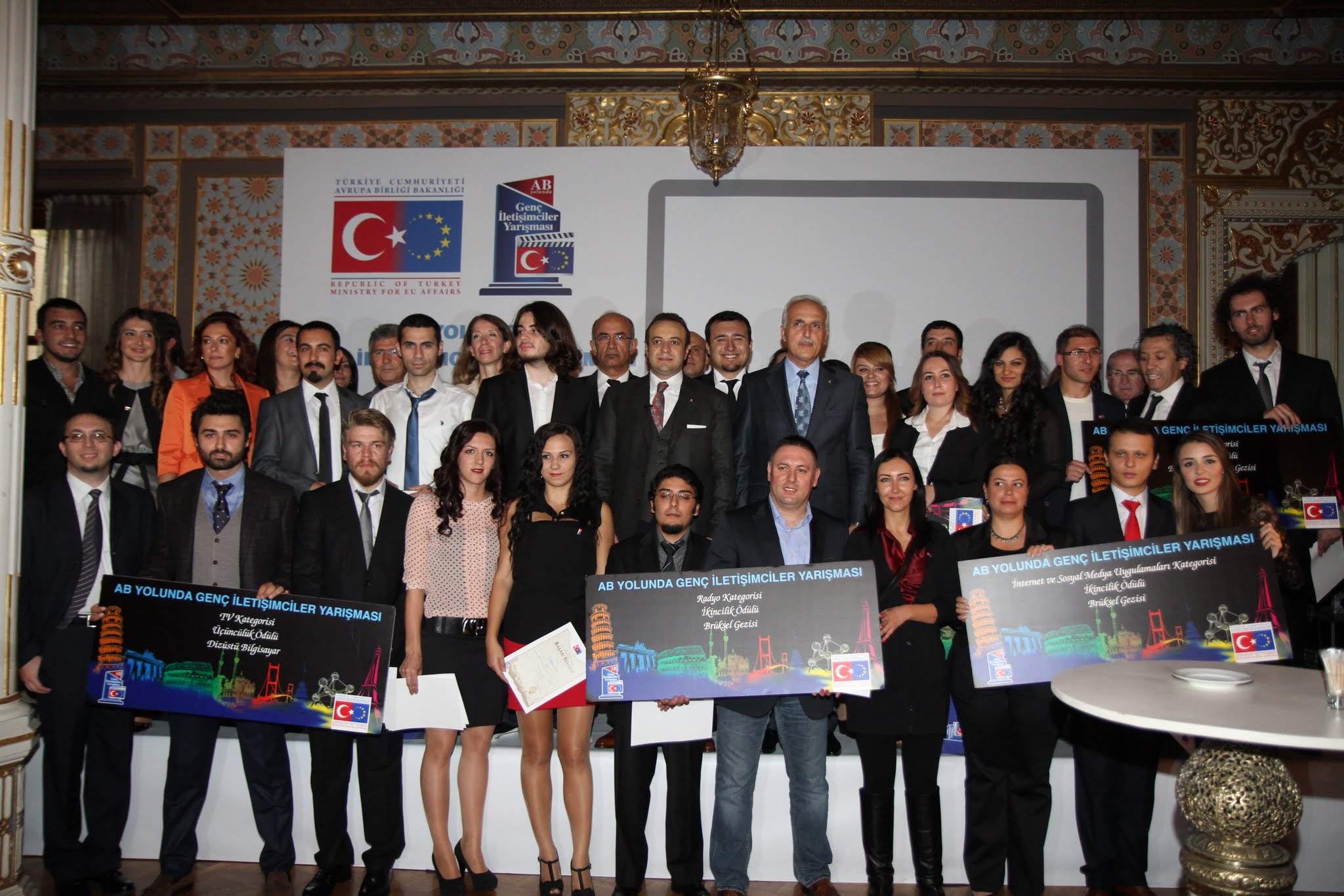 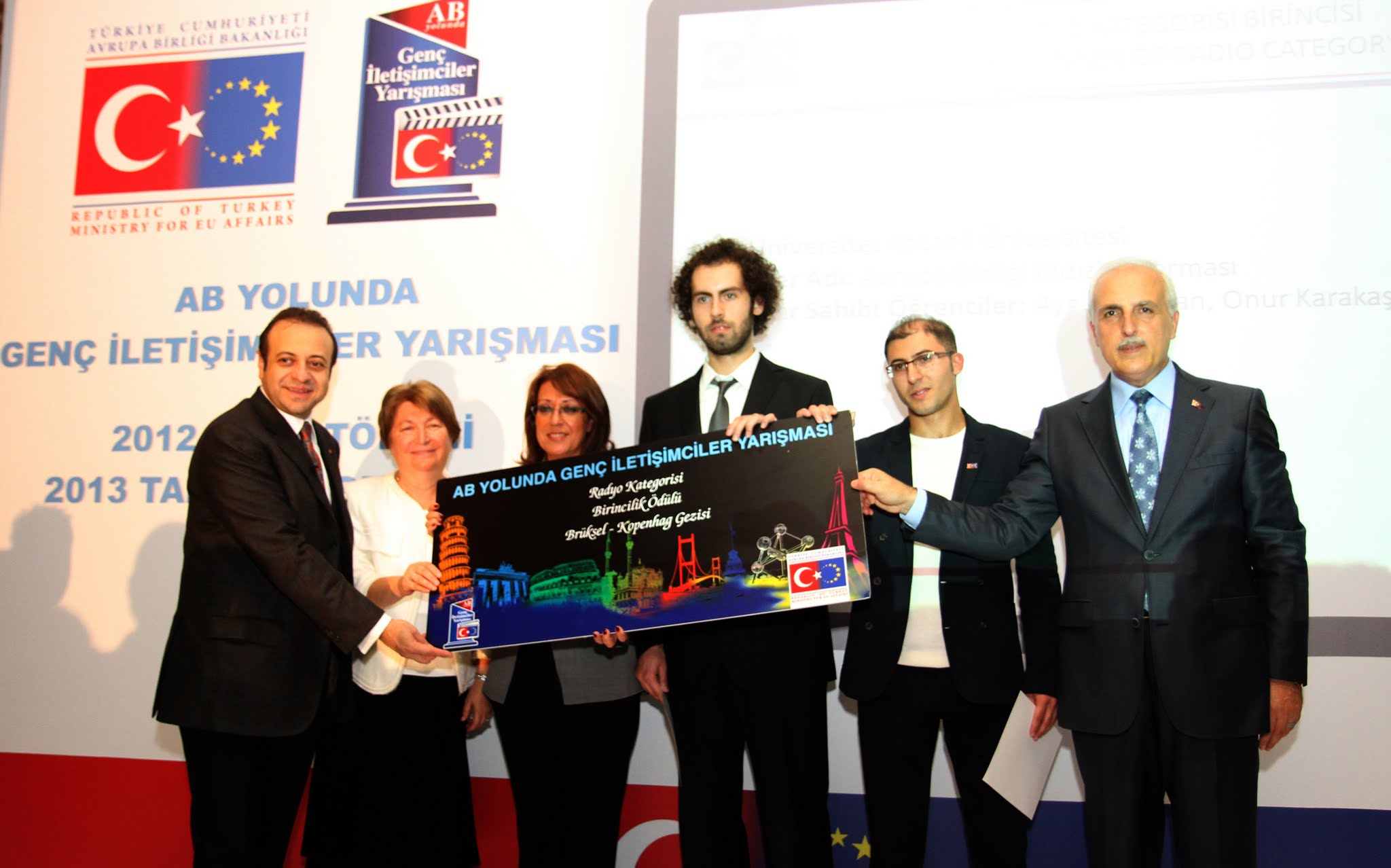 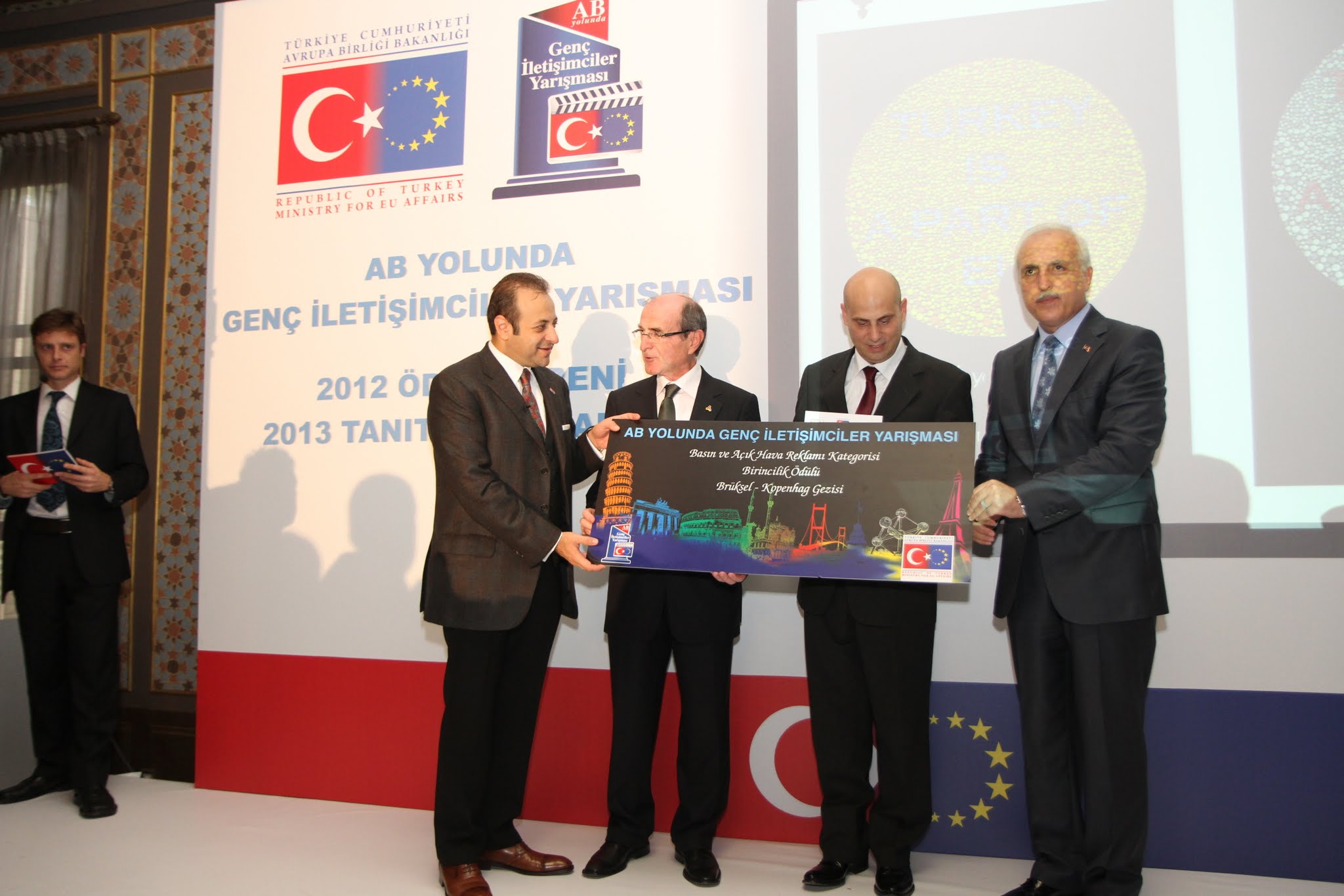 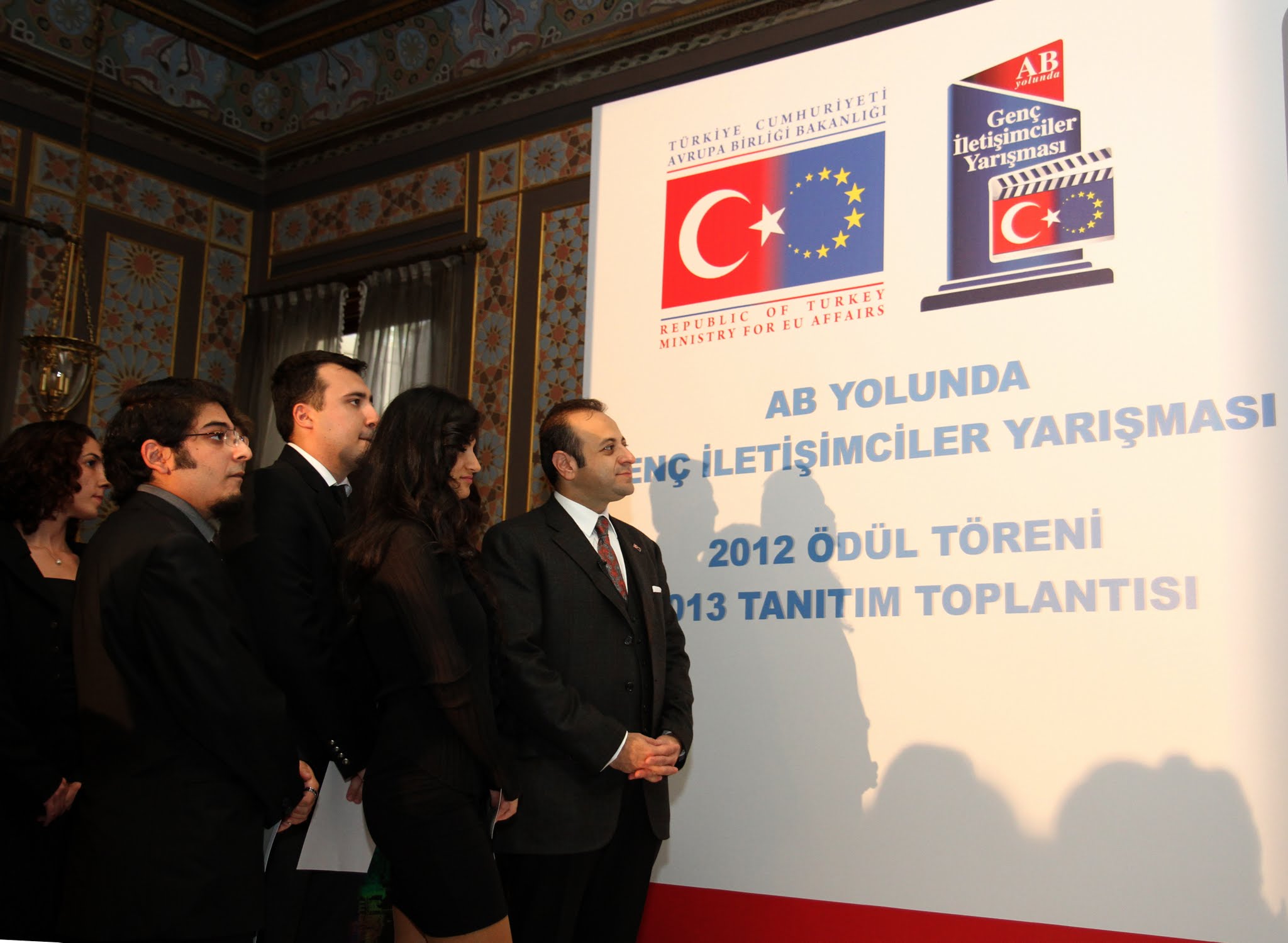 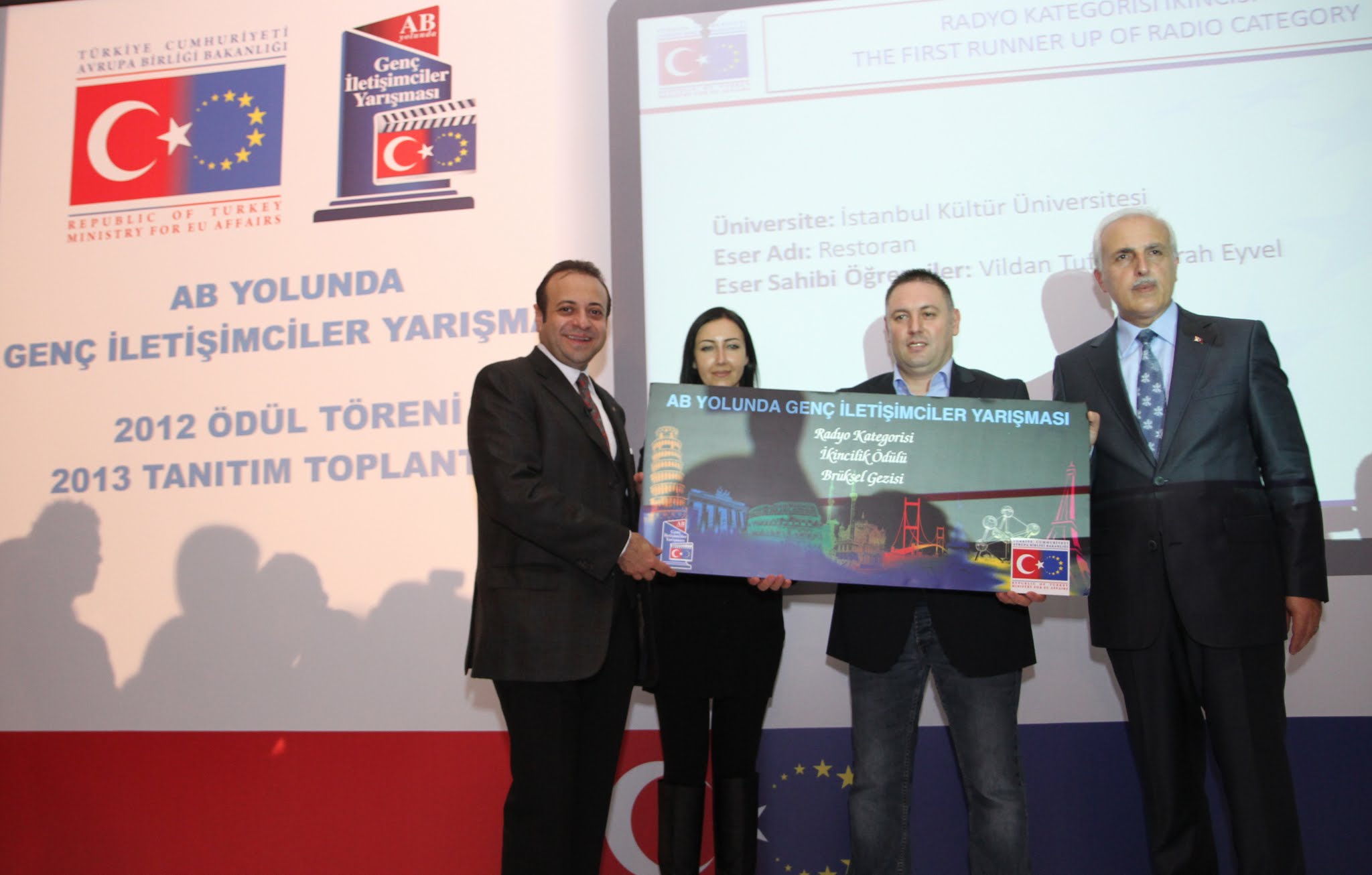 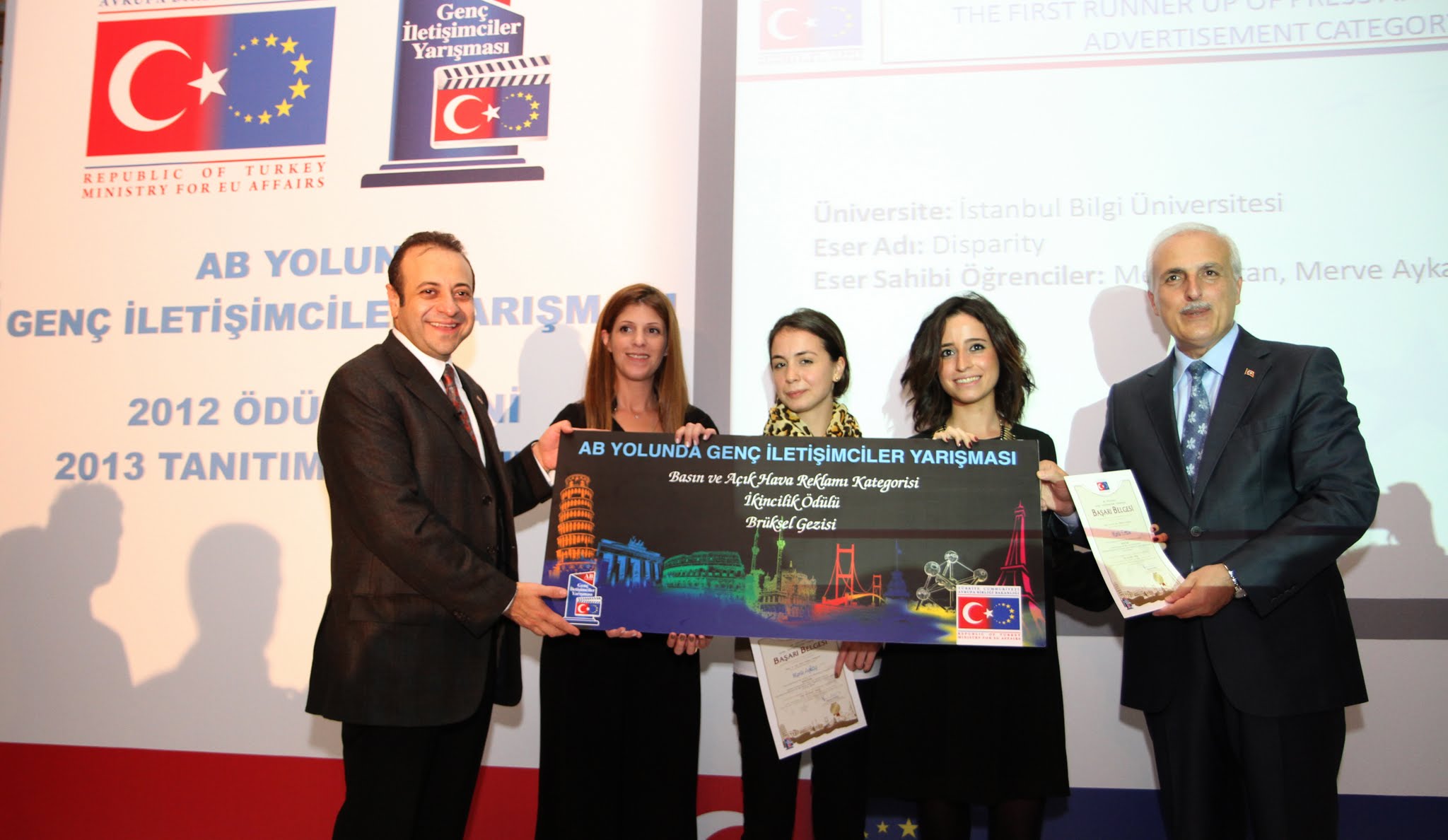 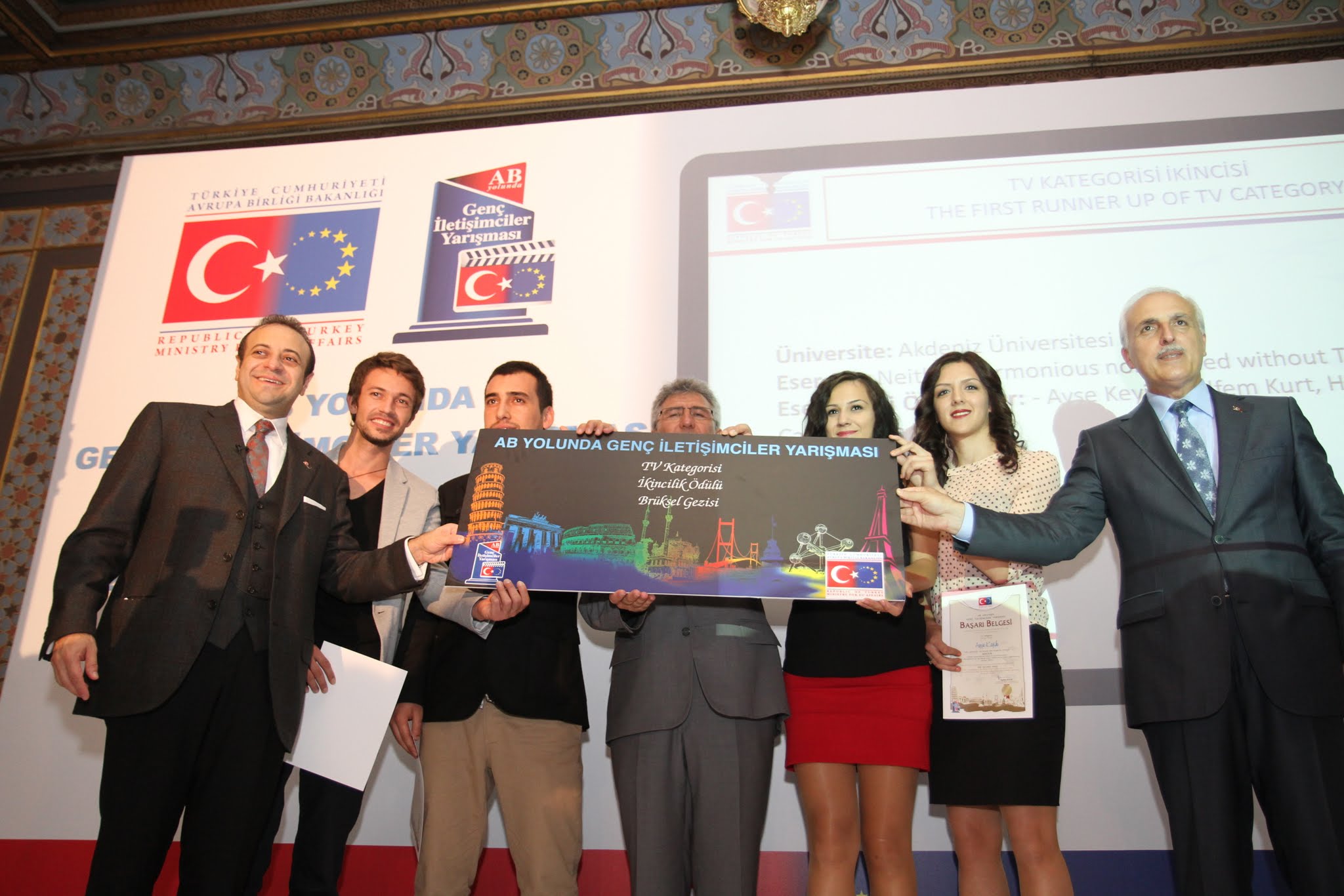 THE WINNERS OF THE COMPETITION VISIT BRUSSELS AND COPENHAGEN 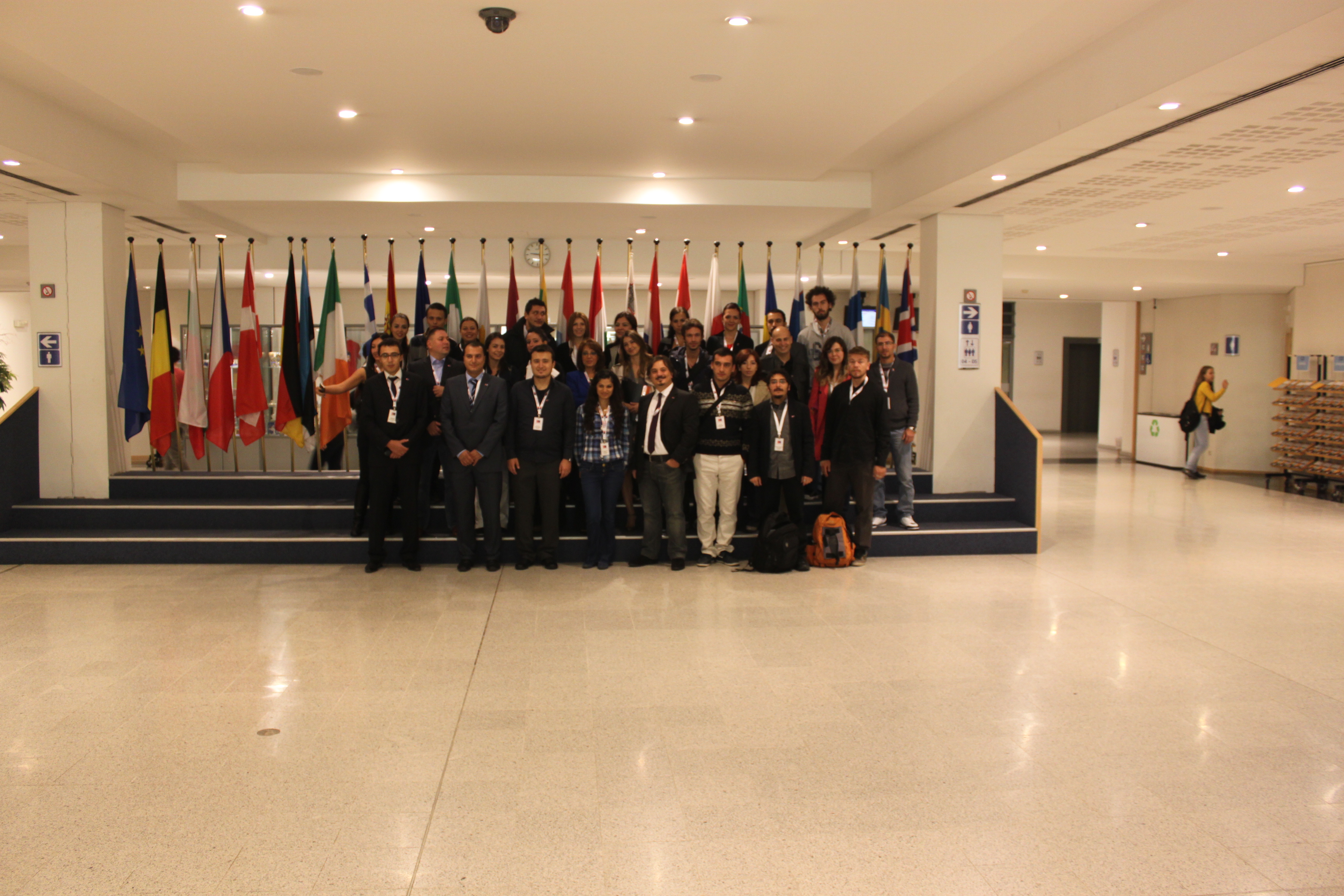 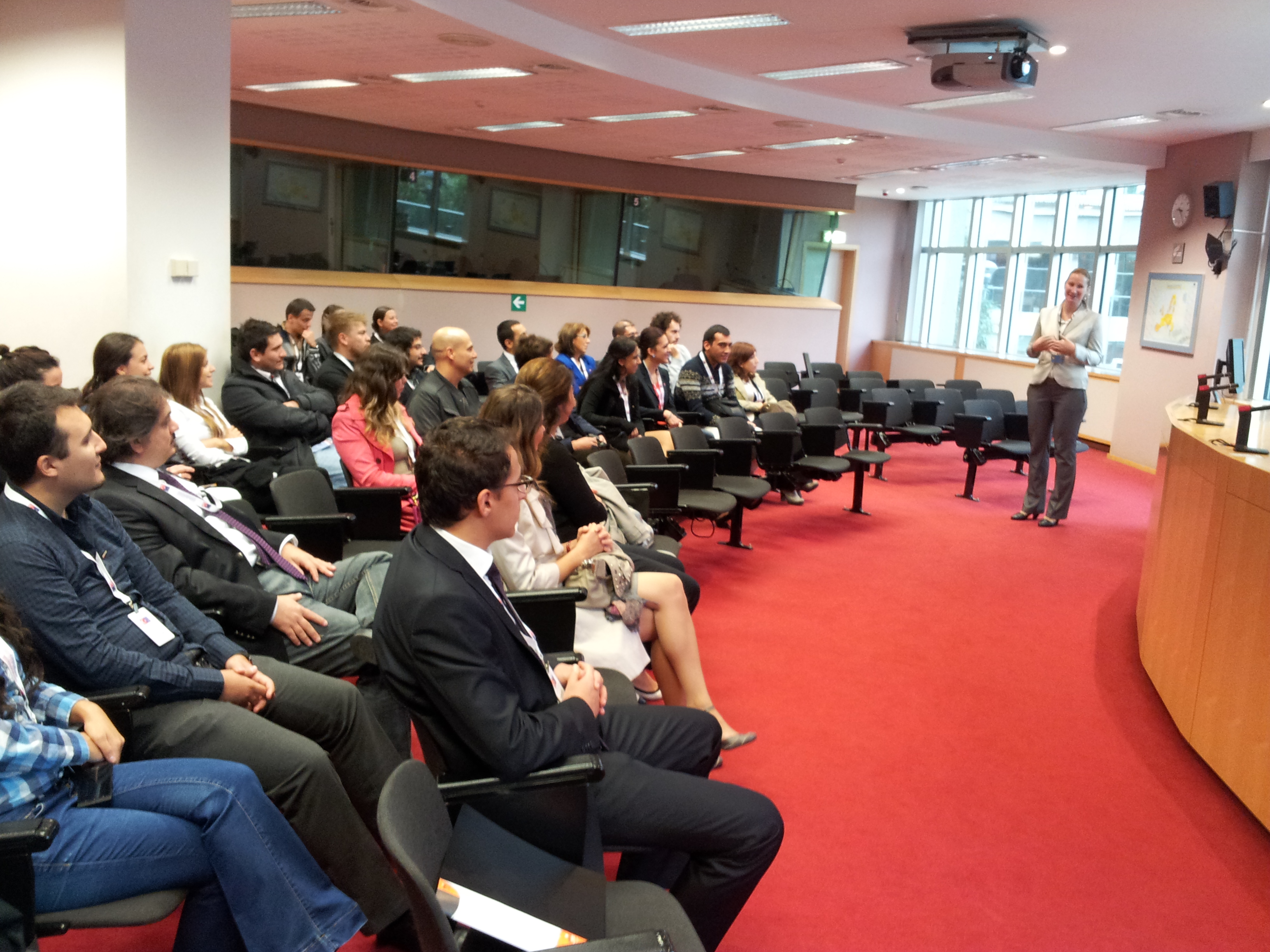 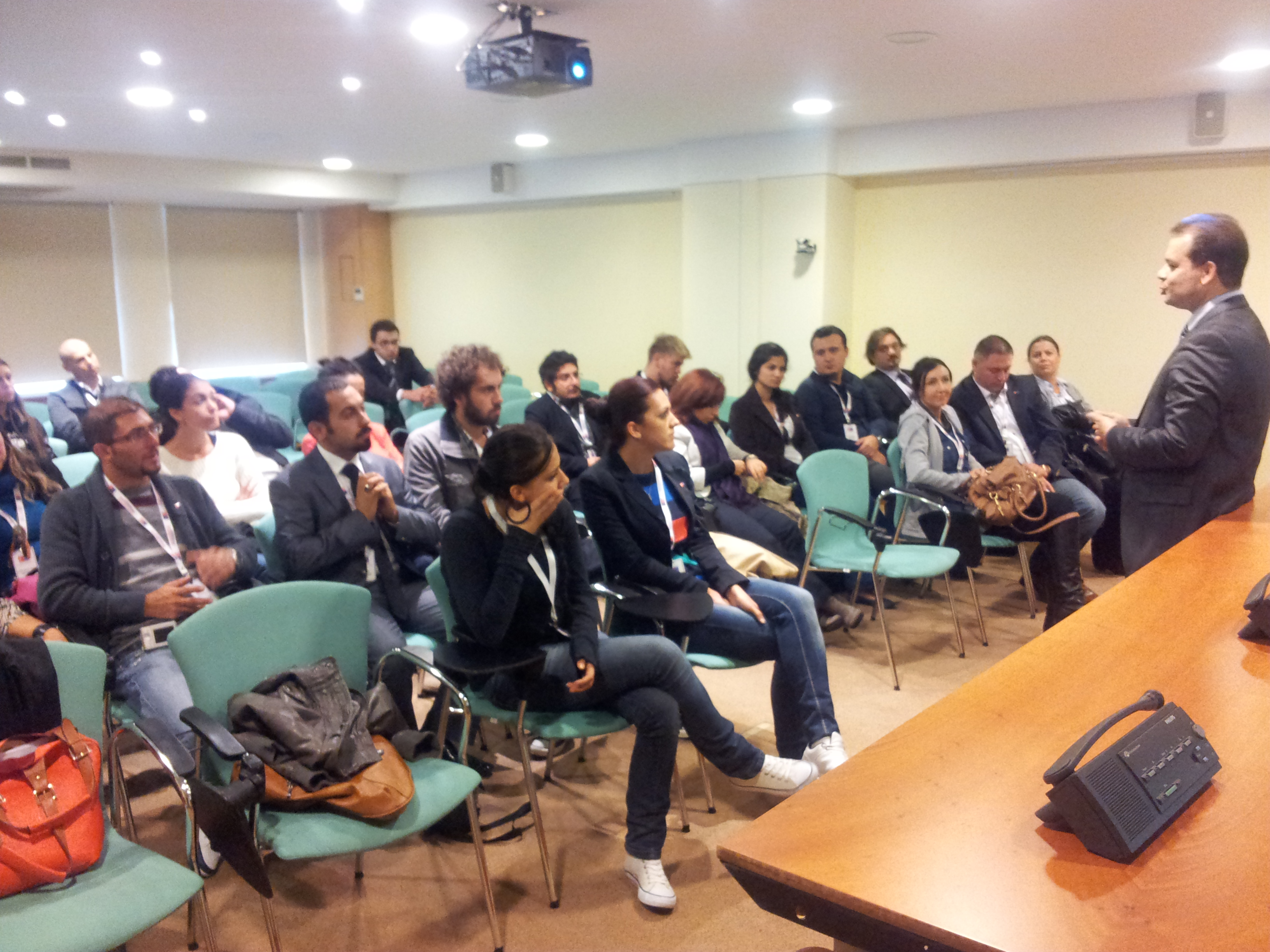 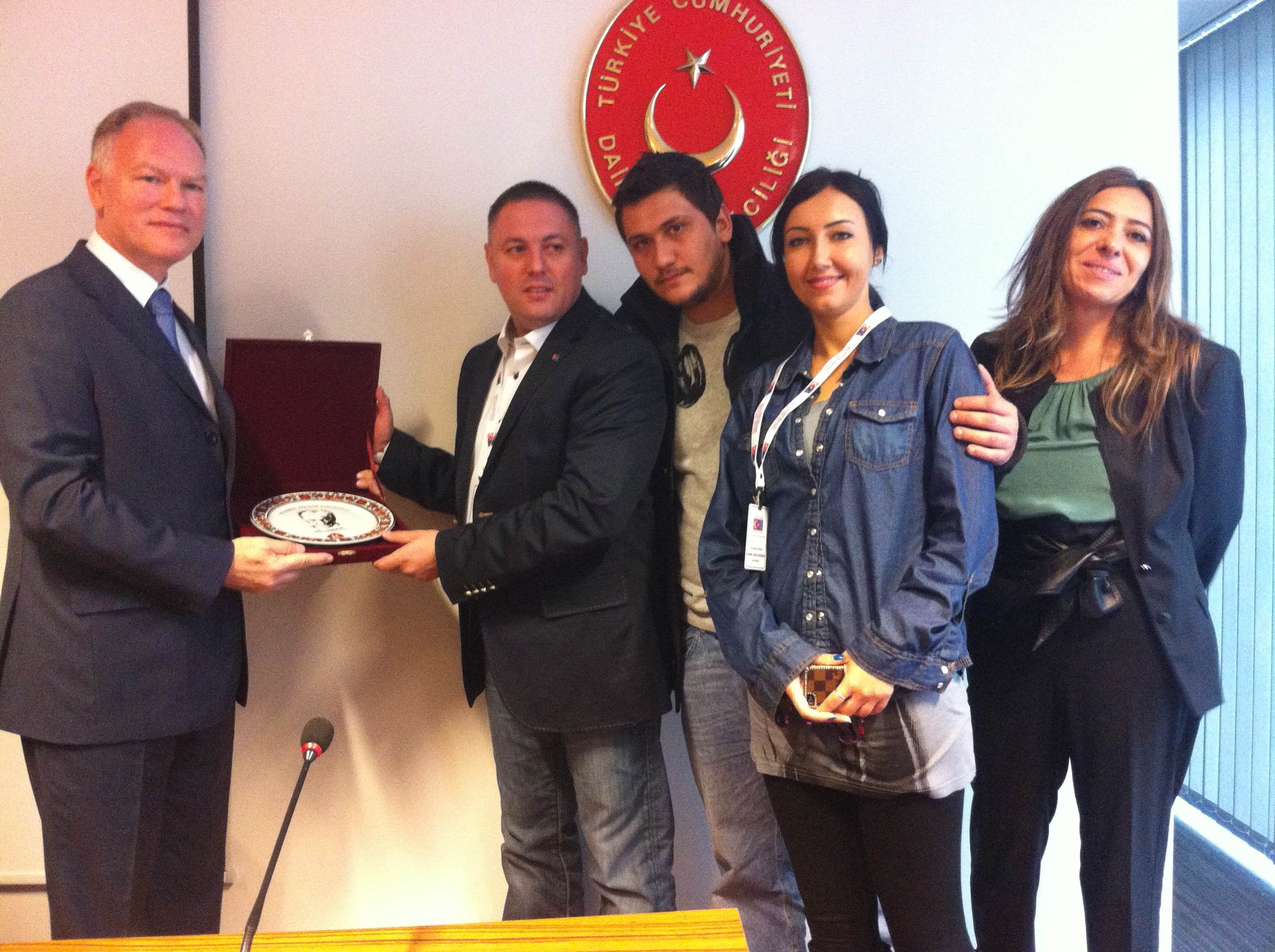 Permenant Representation of Türkiye in Brussels 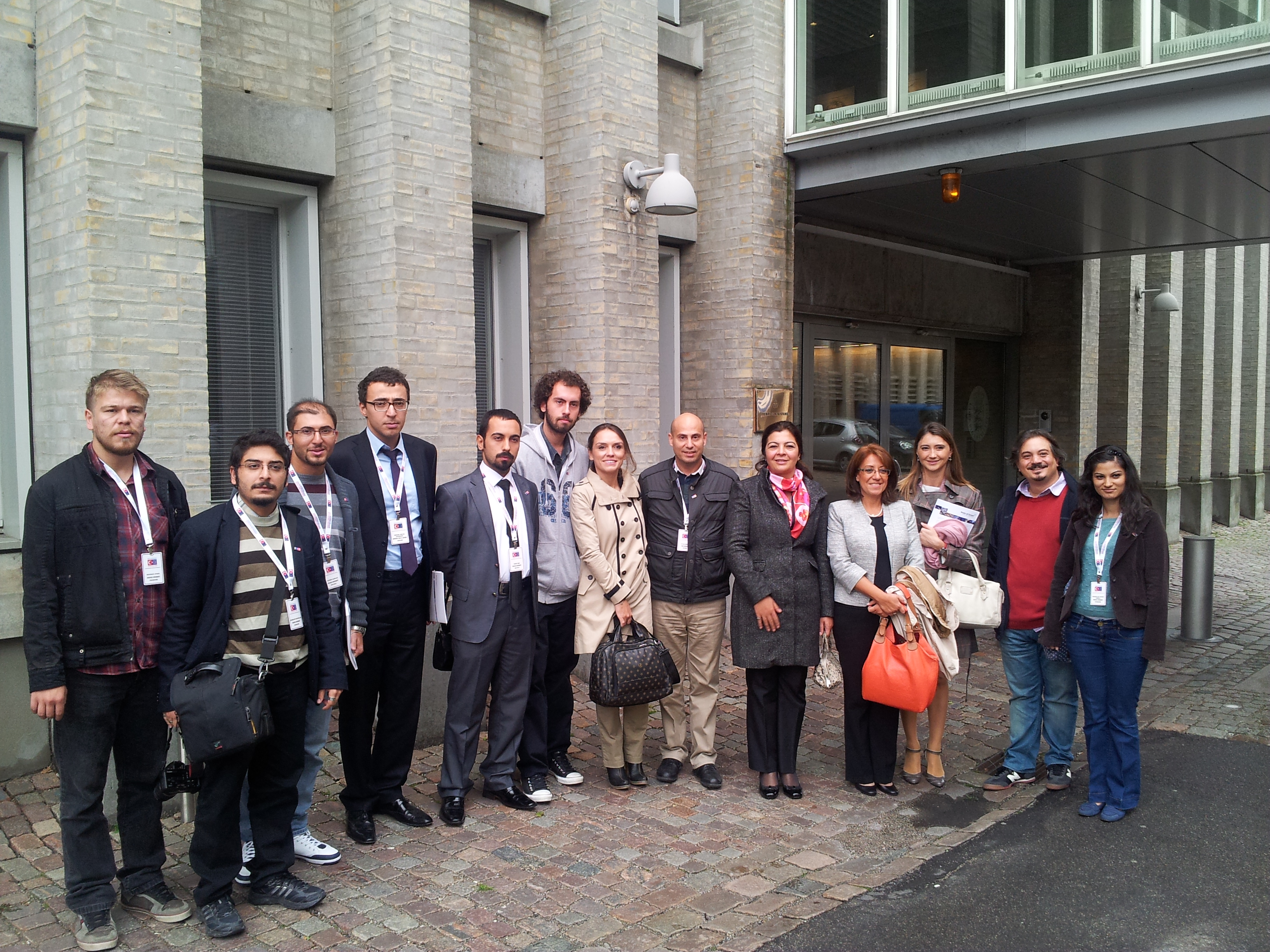 Ministry of Foreign Affairs of Denmark

The competitors participated in the competition under four categories: "TV", "Press and Outdoor Advertisement", "Radio" and "Internet and Social Media."

The Competition, which was launched by Minister for European Union Affairs and Chief Negotiator Egemen Bağış on 24 November 2011, aims to allow the youth to use their creative ideas for the European Union, as well as learn more about the Union and the Türkiye-EU relations.

The competition was realized through the participation of 45 universities in Türkiye.

COMPETITION OF YOUNG COMMUNICATORS ON THE EU PATH FINDS ITS WINNERS

THE WINNERS OF THE COMPETITION VISIT  BRUSSELS AND BUDAPEST

Young Communicators in the European Commission 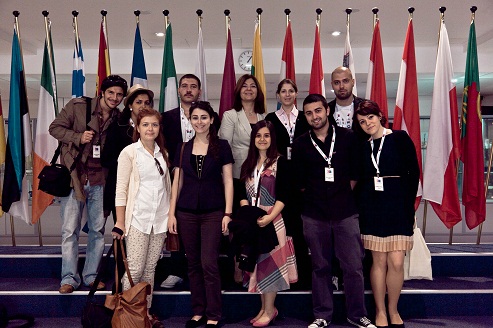 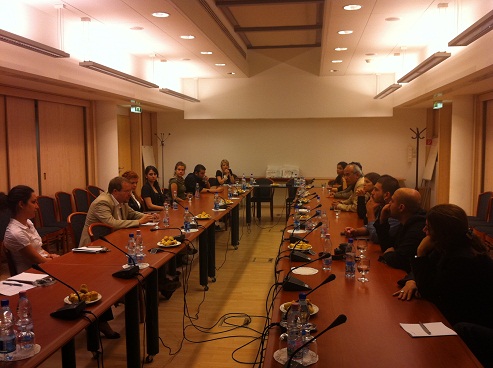